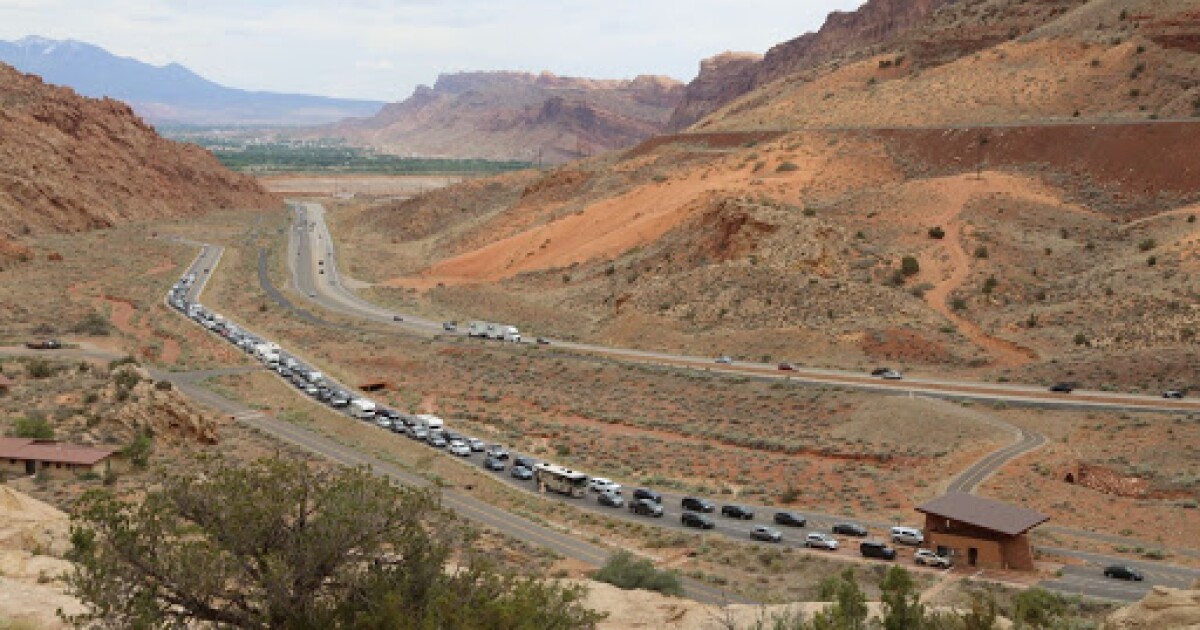 The letter indicates the need for systems came from record visits during the pandemic, but for the overseas travel industry to recover, booking times need to be extended by 10 to 12 months. Currently, Utah Arches National Park only allows people to get timed entry tickets about two months in advance.

Shayne Wittwer, CEO of Wittwer Hospitality, which owns hotels in southern Utah, said it supports protecting parks from large crowds like those seen in 2021.

However, he also said people want to be sure they can get into a park before embarking on a big trip.

“The majority of people coming from overseas are going to spend at least or close to a year planning,” he said, including the time it takes to get a visa. “On top of that, they look at plane tickets, reservations, hotels and places they’ve never been before.”

Wittwer thinks a timed entry system should be the last resort in the event of overcrowding and that parks should consider other ways to improve the visitor experience, such as more parking and shuttles.

To Ruby’s Inn near Bryce Canyon National Park, things are quiet for this time of year. The hotel’s general manager, Lance Syrett, another letter signatory, said making it easier for international travelers to visit could help his business, which relies heavily on it.

Although Bryce doesn’t need a reservation to enter, he said those kinds of visitors often take a few weeks to travel through the region to multiple parks. Having a few that require reservations in a few months, he said, could put people off visiting the area altogether.

“I think it’s a no-brainer,” he said. “I mean…why can’t they make a reservation this far?” It does not mean anything.”

The Utah Tourism Industry Association also signed the letter. Natalie Randall, the executive director, said she was able to work with Arches to alleviate issues with international travel. Now, she said the park does not require certain large tour bus groups to have reservations.

“These are complex issues that impact various businesses locally,” she said. “So having individual solutions at the regional level is really what we support.”

She and other state tourism leaders said they hope the next step is to reevaluate the timed entry pilot program at Arches to make adjustments.

In a statement, National Park Service spokeswoman Jenny Anzelmo-Sarles said they appreciate the feedback as it “adjusts and improves these management tools, and we are evaluating ways to ensure consistent expectations and clear to visitors planning trips to the park.We look forward to our continued communication with the travel industry on matters of mutual interest.