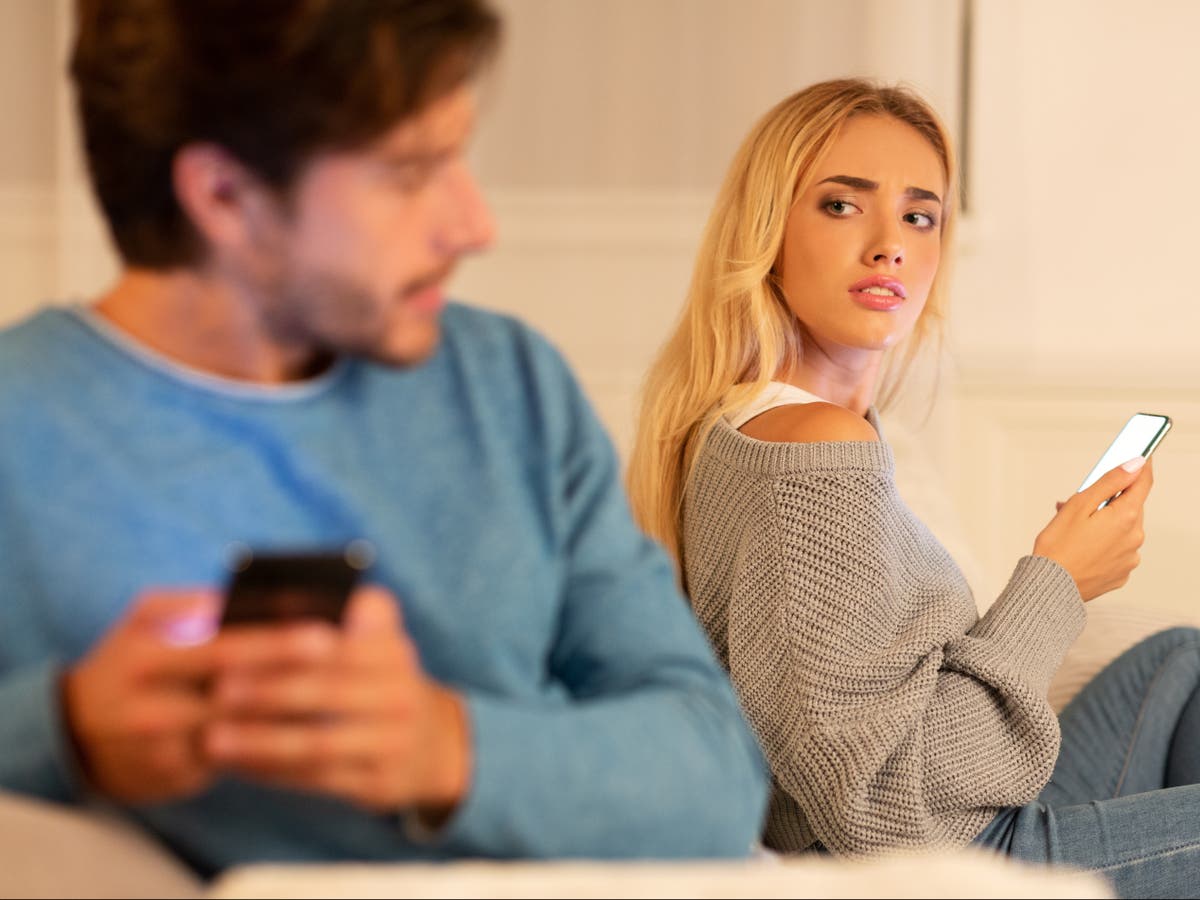 I was 40 years old and desperately unhappy when I started my extramarital affair. Three children, a marriage when we were too young to marry, I already had the impression of being one of those old couples you see in garden centers, or at dinner on birthdays, those where the conversation is has already dried up.

It hurt to see them because I remembered when my husband and I started dating and we used to joke about those silent couples. “It will never be us,” we would say. “I’d rather be shot than become like this.” But suddenly we were like that. And we didn’t even notice it had happened.

It was after having children that things started to go downhill for us. The pressures of being a stay-at-home mom when before I had had a busy job at a bank; my husband is working more and more often. He had never been one to “have fun” – on the contrary, he was totally dedicated. I was the problem.

I couldn’t come to terms with the hectic life I had before I became a mother – going out for cocktails on the town after work, girls’ weekends, big glittering events with our corporate clients where I could dress up skyscraper heels and entertaining and flirting — compared to suddenly donning sneakers and sweatpants, messing my hair up in a messy bun, and waiting at the door during the school run.

I loved being a mom, I lived for all the drawings and the special assemblies and the sports days and the concerts in the local church – but I was also bored. I was bored and frustrated and started to find myself staring at the few dads doing the pickups at the end of the school day and fantasizing about them, just to give myself a little excitement so that I continue.

But neither was I going to have an affair so close to home and risk ruining what I had. I had to keep it separate. But how?

Then I read an article on an online site that offered people a way to explore “dating” called Ashley Madison. He had been involved in a massive data breach. Although I shuddered at the thought of being “discovered” like this, I was excited too.

I hadn’t thought of what it would be like to meet someone who was looking for exactly the same thing I was: some excitement to make domestic married life bearable, but one in which none of us would want to risk the happy life. that we had. Our other halves wouldn’t be hurt because they wouldn’t know – so it was the perfect solution. The The kindest the solution.

I knew Rob* would be devastated if I left him, but I figured if I met someone online — outside of our social circle of moms, dads, and neighbors — I might be happier at home. and in myself. Also, and I know this may sound weird, but I loved Rob. I didn’t want to hurt him. I just couldn’t stand home life the way it was. I wanted more. And I wanted to give myself something back – I felt like I deserved it.

I had sacrificed my whole life to take care of our children. I had sacrificed my body: I ​​had carried them inside me for nine months each – almost back to back because we had them so close to each other – and then I had also abandoned my career. Rob still had much of the same life he always had – plus a wife who now stayed home all day, cooking him a hot dinner in the evening. It was like he couldn’t even begin to imagine what I had been through and what I had given up. He had it easy. And I confess that I resented him.

On the nights he came home late and drunk from a networking event or a drink with clients, I wanted to yell at him for being so selfish. I would bang things, hoping it would wake up so I could try it. Really, I was just jealous. And I didn’t like the person I had become.

So I joined an extramarital dating site—not Ashley Madison, but a very similar site—and met Dan*. He was also ill-married – two children and a wife, he said, which made him feel “like he didn’t exist”. She was constantly mean to him. They no longer had sex and he spent most of his nights on the couch. But he couldn’t imagine leaving, because of the children. Dads have fewer rights, he reminded me, and he loved his sons.

On my first date with Dan, I was as nervous as I felt when I was single and in my early twenties. I had butterflies all day and arranged for a babysitter to come with the kids much earlier than necessary, so I could get ready. And yes, it was kind of cliche to wear new silk underwear and expensive perfume (even though I hadn’t even assumed that Dan and I would do anything but drink and have an awkward conversation) but it was more exciting than anything i could remember.

I felt like “me” again – not just “Mom”. If I could bottle that feeling up and sell it to married women like me, I know I’d make a fortune.

The problem was that Dan and I hit it off – too good. We met at a bar in town and he was everything I had dreamed of: tall, handsome, bossy without being overbearing. He ordered us champagne and didn’t mention his home life once – and neither did I. We talked about all the things that Rob and I hadn’t talked about in a decade – our gap years in college, time spent abroad. We talked about our real centers of interest… Television, literature, films. We did not talk about our spouses or our children. It was perfect.

To keep up to date with all the latest opinions and comments, sign up for our free weekly Voices Dispatches newsletter. click here

At the end of that first night, we kissed, and it was only weeks before he booked a hotel room. We’ve been together ever since, and I’m madly in love with him – but I live each day with a mixture of dizzying abandonment and crushing grief.

It’s both the best and the worst decision I’ve ever made. I’m in love with someone who has to be a secret, someone I can never walk down the street with, hand in hand, or introduce to my friends. Sometimes the pressure of guilt I feel when I’m at a school concert or out to dinner with friends Rob and I have known for years brings me down. But then I get a message from Dan, and the adrenaline rush reminds me how much it’s worth. I could die tomorrow and at least I would have had this exquisite feeling.

Being with Dan made me feel “alive” again and allowed me to rediscover the forgotten parts of myself that I thought were gone forever when I became a wife and mom. But I also know that our relationship is a ticking time bomb. It can’t last; one day soon something will happen and it will implode. We could lose everything. But it’s still worth it. I’m just counting the times we have together until they’re gone.

So far no one has been hurt. Except me, but that’s the sacrifice I’m willing to make.

*Names have been changed

Can’t get a reservation at Noma? Grab a beer at its old location instead

Haven’t been to the beach yet this summer? Hotel website offers a retro beach…