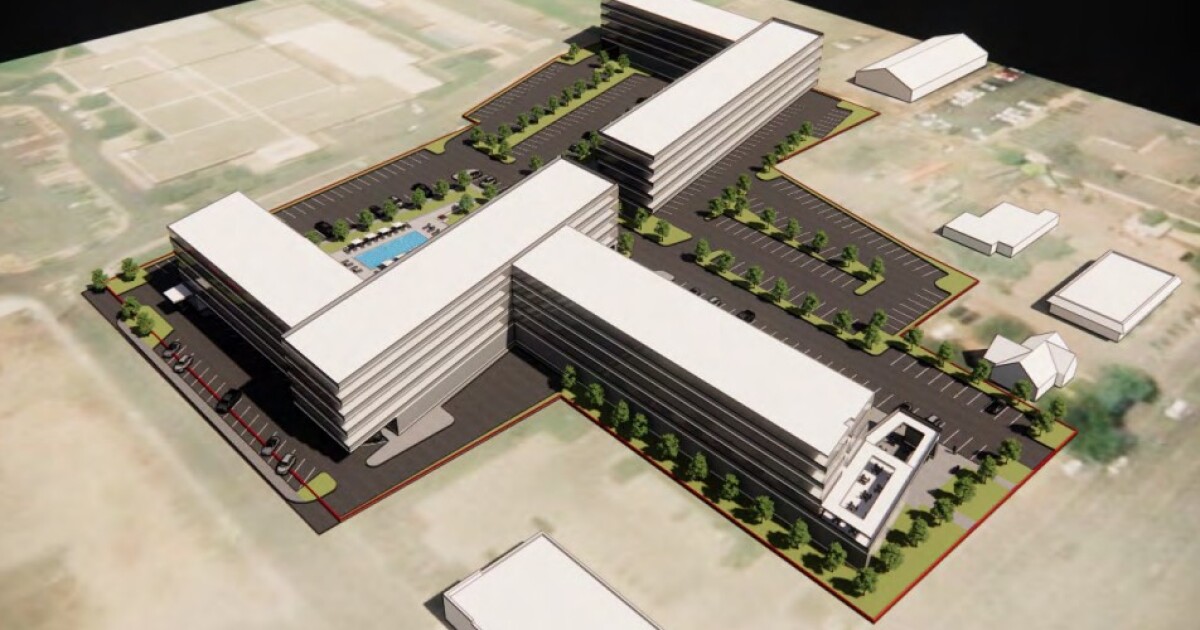 The View on Main has attracted attention at previous planning commission and city council meetings largely because the project would include the tallest buildings on Main Street.

Renderings attached to meeting documents show the project would include five-story buildings with 120 hotel rooms, timeshares and condos. It would be built on a 3-acre lot between Wasatch High School and Main Street.

The planning commission will consider The View’s final business application on Tuesday. In June, the commission approved a concept application with some outstanding concerns.

Two of those outstanding issues were whether a liquor license could be granted there, given the proximity to the secondary school, and whether the site could provide enough parking.

Also at the meeting, a public hearing is scheduled to discuss the city’s proposal to expand the type of products it can use in engineering projects.

A planning department representative said the change would make it easier for the city to secure supplies during the current period of supply chain disruptions. The proposed change would allow the City to use different materials for water pipes and fire hydrants.

The planning commission will also hear proposed changes to the general plan of the city with respect to zoning.

The meeting is at 6 p.m. at Heber City Hall, 75 North Main St. To attend via Zoom, visit heberut.gov.