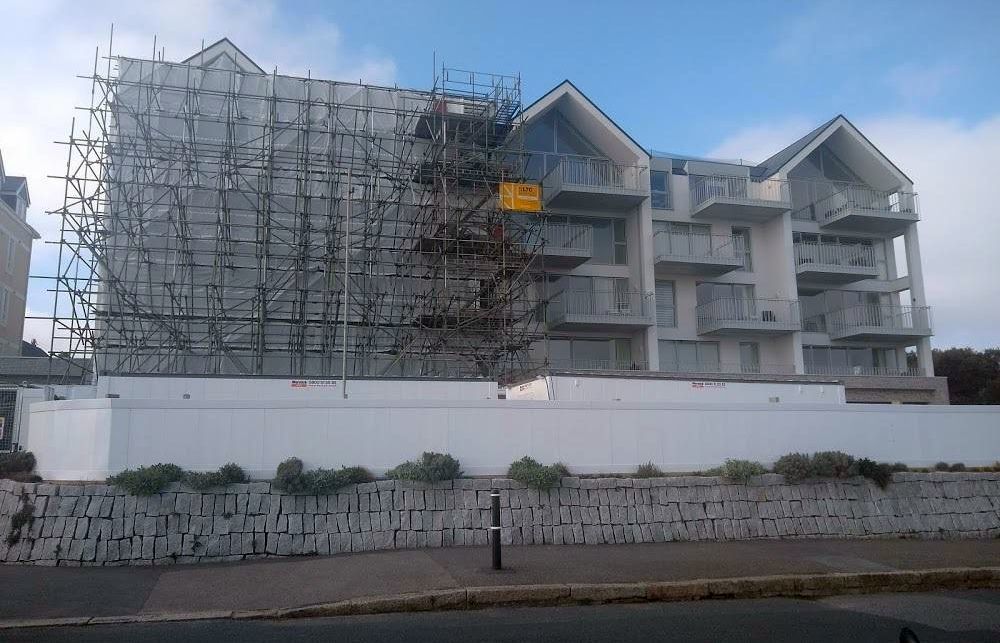 Pensioners have reportedly received ‘threats and abuse’ in their own homes, leading to planned changes at a Falmouth retirement complex.

The Fitzroy in Cliff Road was previously The Madeira Hotel but has been converted into a retirement residence.

This work is still ongoing, and there were concerns in January this year over whether it would be completed, after the relevant contractor fell into administration.

Now, however, a new planning application has been submitted which states that the facade is “being replaced”.

Planning consultants Situ8 said that as part of the rectification work on the building, the landscaping was lost, due to the need to provide a site for the builder’s materials.

This, said Situ8, provided an opportunity to modify the previously agreed landscaping, adding: “The owner was informed that the residents were still underestimated by the approved landscaping plan. As a result, the applicant redesigned a landscaping plan, which has now been accepted after consultation with Fitzroy residents.”

In particular, the request would be “based on health and safety concerns for the residents”, who would have received “threats and abuse”.

The consultants say: “This proposal is seen as an improvement and will provide residents with more usable areas. The owner has also been made aware of anti-social behavior from outside the site boundaries and there have been issues security on site.

“Locals are being neglected by trail users and have been subjected to abuse and threats of theft.”

As a result, one of the proposed changes is the addition of a 500mm natural timber fence above the 1.2m high boundary wall, “to allow privacy for residents and to security purposes”.

It is also proposed to keep the new vehicular access created as part of the works, and said to be little used for maintenance vehicles, in order to allow access to the front of the building for its maintenance.

“The intent of this access will facilitate access on rare occasions when major redecoration or replacement/reglazing work is required. It will also allow for Mobile Elevated Work Platforms (MEWPs) or similar to be brought onto site.

“This arrangement reduces the potential need for scaffolding in the future and thus serves to allow for a greater prospect of landscaping development to full maturity this time around,” it added.

The request to change the conditions has yet to be decided by Cornwall Council, under reference PA22/06123.

Millions are due repayments on expensive credit cards and payday loans – are you owed cash?