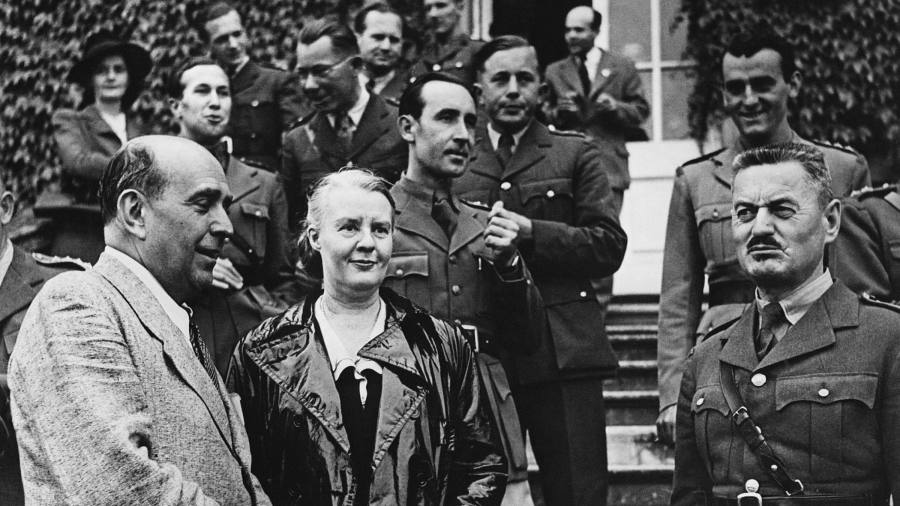 In the mid-1930s, star American journalist John Gunther stopped in a run-down village in Lower Austria on a trip that took him from his office in Vienna to Prague. Local peasants told him tangled family stories and a sickly boy protected by a servant mother from his drunken father as a future “great man”. Nobody before had gone to Spital to find Adolf Hitler’s relatives. His scoop matched the method perfected by Gunther and the fellow journalists whose adventures fill Deborah Cohen’s teeming and gripping book. In the age of world-shaking dictators, privacy mattered again in world politics, because “individual personality had moved history into a new gear”.

Between the wars, Cohen’s celebrity quartet traveled the world like media colossi with cabin trunks and expense accounts, “buzzards in every foreign office,” Gunther wrote, “and kings on every lighted wagon. “. From a Europe in turmoil, they sent quick dispatches or sent panoramic reflections to the burgeoning big-city newspapers that served mass American audiences eager for trustworthy witnesses, even prophets, who “saw the world in his outfit”.

In 1939, they “were history”. Dorothy Thompson, who today earned the equivalent of $1.8 million a year, inspired the character of Katharine Hepburn in Woman of the Year and advised President Roosevelt. A memoir by Vincent “Jimmy” Sheean inspired Alfred Hitchcock’s 1940 film Foreign correspondent. As for HR Knickerbocker (“Knick”), his dazzle in the face of Mussolini (“Benevolent, pleasant, polite, intelligent”) did not prevent him from finding in Hitler a “talented and dangerous demagogue” before the seizure of power by the Nazis. If “personal pathologies became the stuff of geopolitics”, then in-depth interviews could reveal the true meaning of events. From Trotsky to Gandhi, this gang has nailed the exclusives.

Last call at the Imperial Hotel grips, excites and at times exhausts with its high-speed four-way storytelling. Cohen – a professor at Northwestern University – skillfully and seamlessly draws across 70 collections of items as she rushes these hyperactive lives down parallel tracks. Friendship and rivalry bound these post-war high achievers into a band of restless professional siblings. They turned America’s New Right into a platform for loud, high-impact reporting that attempted to “integrate individual life with the struggles of the world.”

The truth mattered to them; political neutrality, not so much. After all, “facts carried points of view”. From India’s liberation movement to the troubles in Palestine, they also looked beyond the “European slugfest” to glimpse a world to come. Frances Fineman, Gunther’s wife and Cohen’s fifth main actor, traded the story to shape it: she was a close friend of Jawaharlal Nehru, a prominent Zionist activist, and a “charismatic pillar of two nationalist organizations”.

Cohen’s action-packed narrative bursts with color and incident, though he occasionally yells at you in 96-point headlines. She also shows how the circles of her quartet spread: in literary London, for example, where novelist Rebecca West was part muse and part aunt of Gunther, while bisexual Jimmy Sheean bonded with friendship with leading bohemians Duncan Grant and Eddy Sackville. -West. Psychoanalysis, especially with its guru Wilhelm Stekel, enriched the quest for a “democratic language of outspokenness on taboo subjects” – tyrannical power, bigotry or sexuality.

Good reporting, however, hastened their blood. When Sheean, the adopted aesthete from Bloomsbury, denounced a racist pogrom in Tennessee in 1946, he noted that “For once I did something useful by writing”.

Their sensational bestsellers – that of Gunther above all – have fallen into oblivion. A younger generation, born out of the Cold War, revived the “ideal of objectivity”. The New Yorker poked fun at Gunther’s work, “a portrait of corn-fed, globetrotting American hubris”.

One book, however, remains in print: Death don’t be proud, the groundbreaking bereavement memoir Gunther (along with Fineman) wrote after their 17-year-old son Johnny died of a brain tumor. “See, your story was mine,” one of the countless letters wrote. He had traveled the world in search of scoops. The one who would endure brewed, in agony, at home.

Last call to the Imperial Hotel: The reporters who tackled a world at war by Deborah Cohen, William Collins £25, 592 pages