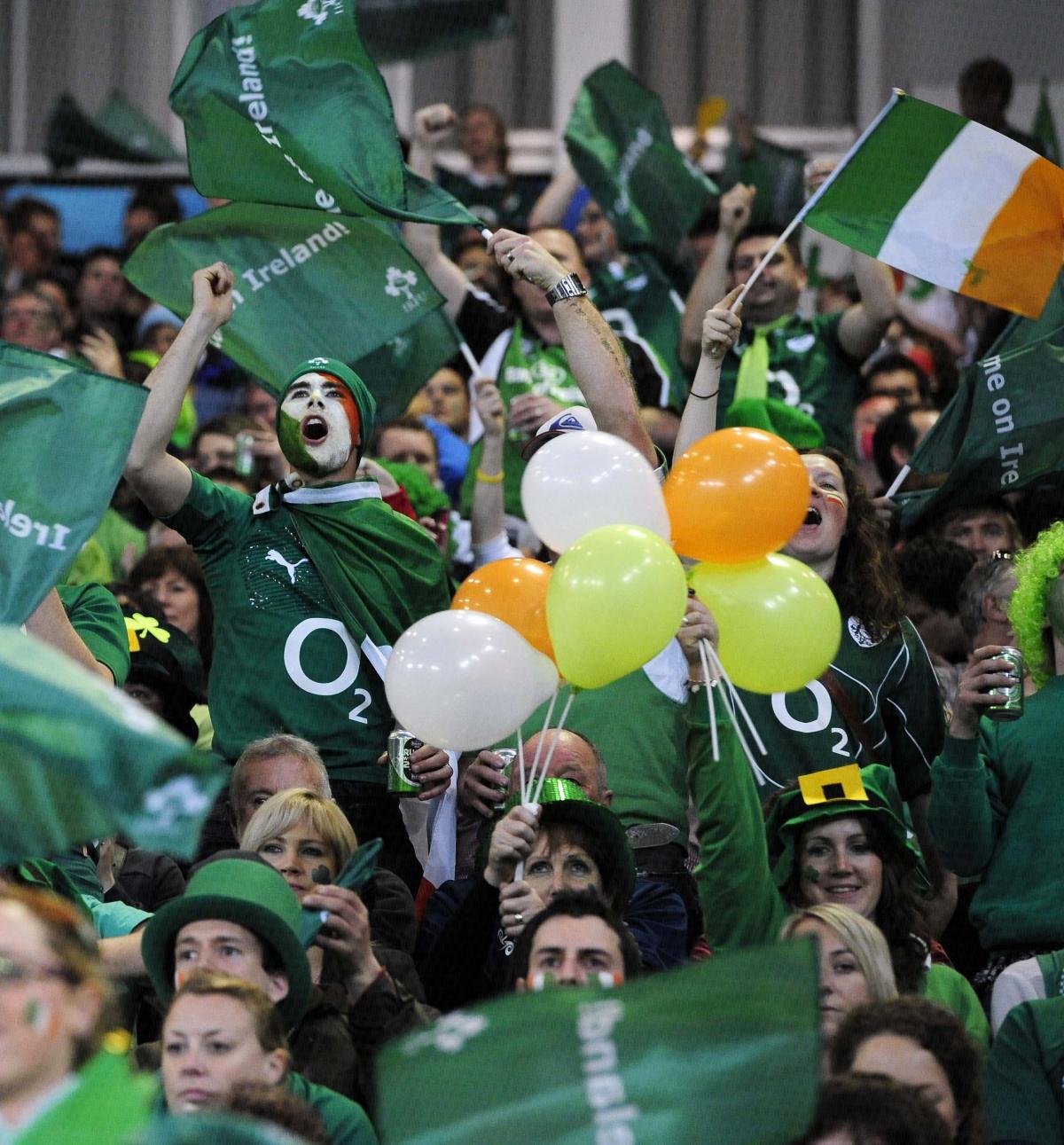 By Shelby S. Baugh Last updated Jul 4, 2022
Share
The Irish arrive in town this week for the second Test, hopefully fresh and recovered from their bruising encounter with the All Blacks at sold-out Eden Park last Saturday.

It has been 11 years since they last visited Dunedin when New Zealand hosted the 2011 Rugby World Cup.

A defining memory for Dunedin was that first weekend of October when the city experienced for the first time in its history a green tsunami of Irish rugby supporters who flooded the streets of the city center in the build-up to the game match between Ireland and Italy at Forsyth Barr. Stadium, temporarily renamed Otago Stadium for the Rugby World Cup event.

I have to admit, with a shamrock painted on my cheek and an Irish flag draped around my shoulders, I was part of that Blarney army that meandered from the Octagon to the station and turned left onto Anzac Ave to start the short walk to the inaugural Sunday service in what some might consider Dunedin’s new cathedral of worship.

I wondered why Dunedin had massively welcomed its Irish rugby visitors on such a scale; why the crowd of 28,027 at the new $224m stadium found itself almost entirely in green for the Ireland-Italy game, compared to the more evenly distributed colors that graced the England-Argentina pool game three weeks ago early. It was an electric atmosphere that Irish captain Brian O’Driscoll described as “just like Lansdowne Road” in Dublin.

Without a doubt, Ireland’s surprise 15-6 win over arch-rivals Australia helped make them the darlings of the crowd. But I suspect there is more to it.

In the absence of polls on the subject, I have come to my own conclusions. The first concerns identity. Like me, many New Zealanders whose ancestors migrated to these shores have mixed English, Irish and Scottish heritage. An Irish surname is the first telltale sign and failing that, it’s not too hard to hit on an Irish great-grandmother to claim a little piece of the old turf. And even if your Dunedin roots are solidly Scottish, surely a soft spot for your Celtic cousins ​​was reason enough to don emerald green on this weekend’s visit to the city.

But perhaps it is not necessary to look for a deeper meaning to explain the green phenomenon that saturated the city in October of that year. Some skeptics may suggest that these days it’s fashionable to indulge in a bit of Irish popularized by the proliferation of Irish pubs across the country, most of them of a variety of formats. Fashionable or not, it was hard not to revel in the wit, fun and lyrical charm of our Irish guests this weekend. And that brings me back to identity. Visitors to our southern city often remark on our friendliness and hospitality and this is something we have in common with the Irish. Anyone who has been to Ireland will no doubt have felt the warmth of its welcome to visitors, captured in this saying, ‘there are no strangers, only friends we haven’t met yet’.

It wasn’t just green that struck me about this unique weekend, it was orange and green – an Irish rugby team representing both the Republic of Ireland and Ireland North. The team competed under an Irish rugby union flag, but were also led on the field by the Irish tricolor and the Ulster flag. A specially composed anthem, Ireland’s Call, had been sung by the Irish rugby union team since 1995. When it was introduced there was inevitably some opposition from the team’s supporters on both sides of both Irelands as to the adoption of the non-partisan and neutral flag. anthem. Given Ireland’s troubled past, I took some consolation (and shed a small tear) from this show of assertive unity as the team in green passionately sang the chorus of their anthem, “Ireland, Ireland, standing together, shoulder to shoulder, we will answer Ireland’s call.”

At the time, listening to Mediawatch on Chris Laidlaw’s Sunday morning show, I heard visiting Irish rugby writer Simon Hick remark that he had discovered that New Zealanders had “a real connection to the Irish people and that it’s very easy to fall into a conversation with your average New Zealander person”.

This connection certainly came to mind when, at the Blarney Bar in the Empire Hotel, I had a conversation with Marie Sweeney from the small village of Ramelton in County Donegal. Ramelton was the birthplace of Dave Gallaher, captain of the 1905 Originals All Blacks. -Zealand. In 2005, when Tana Umaga and a handful of All Blacks paid an emotional visit to Ramelton to honor the memory of Dave Gallaher, the whole town came out to meet them. And when the Irish rugby team played their last pool game here in Dunedin, the excitement was such that it was as if the whole town had turned out to welcome them too.

On the Monday morning after the match, there were still motorhome convoys through the town, full of Irish fans sleeping in after the previous night’s celebrations. In the interchange area, I noticed a DCC traffic officer pull up to an RV in a metered parking space, several hours past the time limit. Scanning its sleeping inhabitants, it stopped and continued on its way. It made my day; after all, the Irish had been our guests.

And yes, the men in green will still be our guests this weekend. For many Dunedinians, divided loyalties will come into play, but I suspect a sea of ​​black will supersede any possibility of another green tsunami.

— Tony Eyre is a writer from Dunedin.