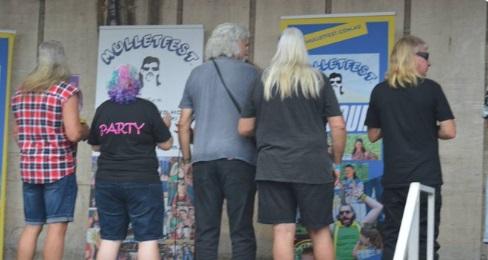 It’s as iconic of a backcountry Aussie look as a Bondsie and a pair of stubbies at a barbecue.

Business in mind, party in back – the mullet has been described as a lifestyle rather than a hairstyle.

Western Australia Premier Mark McGowan was forced to defend the polarizing haircut after some Perth pubs began banning the look.

“I would just encourage people with mules to rise up and rebel against these extreme rules,” Mr McGowan said.

“Some of my best friends have mules.”

But every year those who manicure their manes in these masterpieces – long at the back, short at the top and on the sides – are celebrated at the annual Mulletfest held in December and this year, for the first time , entries register online to win a wildcard place in the final.

With a range of categories including ‘rangas’, over 50, dirty, extreme, daily and newbie – where the mullet is under two years old – competition is fierce with a public vote deciding the winners.

Children and pets can also be entered before the end of July, with winners to be announced at the next Mulletfest event at the Commercial Hotel in Dubbo on August 20.

“We know there are exceptional mules in every corner of Australia and we want to see them all,” organizers said.

Dubbo locals Phil Stack of Thirsty Merc and Drew McAlister of McAlister Kemp will also be on hand to judge a Mulletfest group competition on the day.

“As we all seek to raise funds for the Mark Hughes Foundation, you will also have a warm feeling knowing that you are helping families going through their darkest days after being diagnosed with brain cancer,” organizers said.